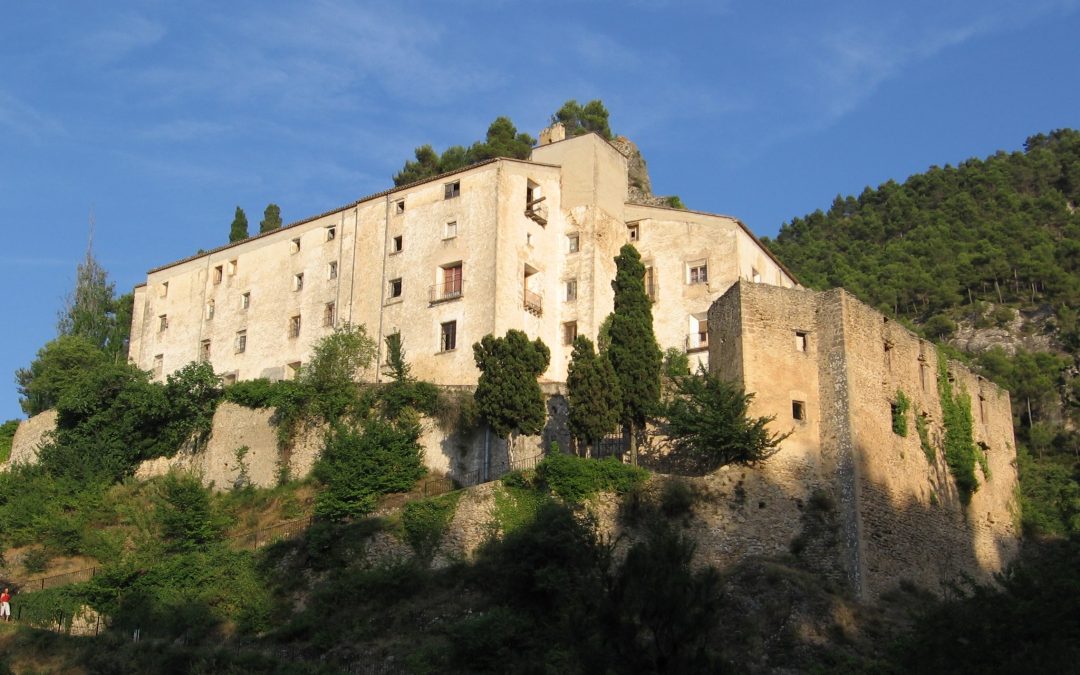 It is quite possible that many people in the province of Alicante bring to mind the sunny images of beaches, palms and tourists, but there are places that definitely break with this stereotype. One of them is Agres, a village inhabited by fewer than 600 people, located in the Comtat region, in the middle of the Sierra de Mariola, north of the province of Alicante and south of Valencia. This mountainous region is characterized by snowy winters, lush vegetation, rich fauna and freely flowing water, which in a way is its hallmark. It was the presence of water that determined the settling of man in this area. As is well-known, water makes it possible to populate a given place, because thanks to it, a person is able to fulfill his basic needs, such as drinking, irrigating crops and washing.

The Agres village has many springs that encourage you to enjoy their refreshing kindness. Their names are very diverse and quite eloquent – Font del Convent (Spring of the Monastery), Font de L’Assut (Well Spring), Font del Moli (Spring of the Mill) or Font Raval (Spring of the Suburbs). It is also worth adding Lavadero (Laundry), which name reflects its former, very important functions – apart from the place where clothes were washed, it was also a point where local people could meet and spend time talking. The structure that surrounded the spring consists of arches and long gutters, appropriately allocated for washing white clothes, clothes of the sick people, etc. Nowadays, the inhabitants still visit this temple of cleanliness and wash things that are difficult to put into the washing machine, such as quilts or carpets . Both the spring and Lavadero emanate the extraordinary charm that is hidden in simplicity and good taste, and its main cause is the Valencian tiles from the eighteenth century, found in each of these structures.

During a stroll around the city, take a stop at the church Iglesia Parrogiuial de San Miquel. Although it appears to be a modern building from the outside, it has valuable frescos and a unique, unfinished belfry inside. Continuing your walk, you will be able to see streets lined with lines, arabesques, color combinations and figures, leading like a guide to this steep town with beautiful houses, which has adapted to the whimsical terrain. It is worth remembering that Agres is basically a hill and before leaving you should wear appropriate footwear and be aware that this innocent walk may turn out to be a real fitness test – it is a paradise for lovers of trekking, where you can traverse beautiful nature by hilly and well-marked trails. Before start on a trip, it is worth to pack a lot of inner peace and the desire to contemplate, because the views are fantastic, almost magical. You will breathe deeply, you will hear birds singing and you will see a thick forest that grows on various types of trees – pine, olive trees, cypresses, fruit trees. They stretch to the Sanctuary de la Mare de Deu, which seems to grow out of the Sierra de Mariola, although in fact it was erected on the foundations of the former Arab castle, from which only a square tower, known as Atalaya, has survived to this day, performing in its heyday as a watchtower. Currently, the complex consists of a shrine from the fifteenth century and the Franciscan order in the Renaissance style, which are the center of year-round pilgrimages, but their apogee falls in August, during the feast in honor of Mare de Deu de Agres. During your trip, you can be surprised by architectural details, such as tables, seats or pillars made of stone, hiding among the forested areas. Crossing the trail further, at an altitude of almost 1,200 meters, you will come across the unquestionable icon of Sierra de Mariola – Cava Gran. It is a building that served as a icehouse, i.e. a place for storing snow, from which ice blocks were formed, for preserving, treating or kneading the first ice cream. Without a doubt, Cava Gran is an unusual place. In its outer, above-ground part, built on a hexagon plan, there are six windows or rather openings through which snow was thrown. On the other hand, the underground interior with a round shape was to allow it to be filled with as much snow as possible. However, the most characteristic and distinctive element at the aesthetic level are the three arches that hold the vault, nowadays deprived of original tiles and wooden half-timbered walls. From the technical side it is worth to know, that the building was hollowed out in one rock, and a protective wall was created from the excavated materials. Cava Gran remained in use until 1905, and now it has been renovated as a museum. Stairs allow you to descend to a depth of 17 meters, and inside there are information boards, from which you can learn more interesting facts about the function of the building in its heyday.

If after this visit you will have enough strength, you can go further, up to Montcabrer, the highest peak of the Sierra de Mariola, numbering 1390 meters. This effort will certainly pay off, and every drop of sweat from the forehead will compensate for the impressive views that you can admire from there.
In the face of all this, you can not forget about the culinary issue. Your requirements will certainly be met in one of many pubs that offer regional specialties such as Borreta, stuffed peppers known as bajoques farcides or rice stews.

To get to Agres from Alicante by a car, you will have to prepare for about an hour’s journey, as the distance is about 73 kilometers. To reach the destination, take the A-77 road towards Alcoy and drive it for about 56 kilometers, change route to CV-790 towards Cocentaina, then continue on the N-340 towards Muro/Agres to the Ctra roundabout. Valencia/CV-770, where you will choose the fourth exit. After about 7 kilometers, you reach your amazing goal.