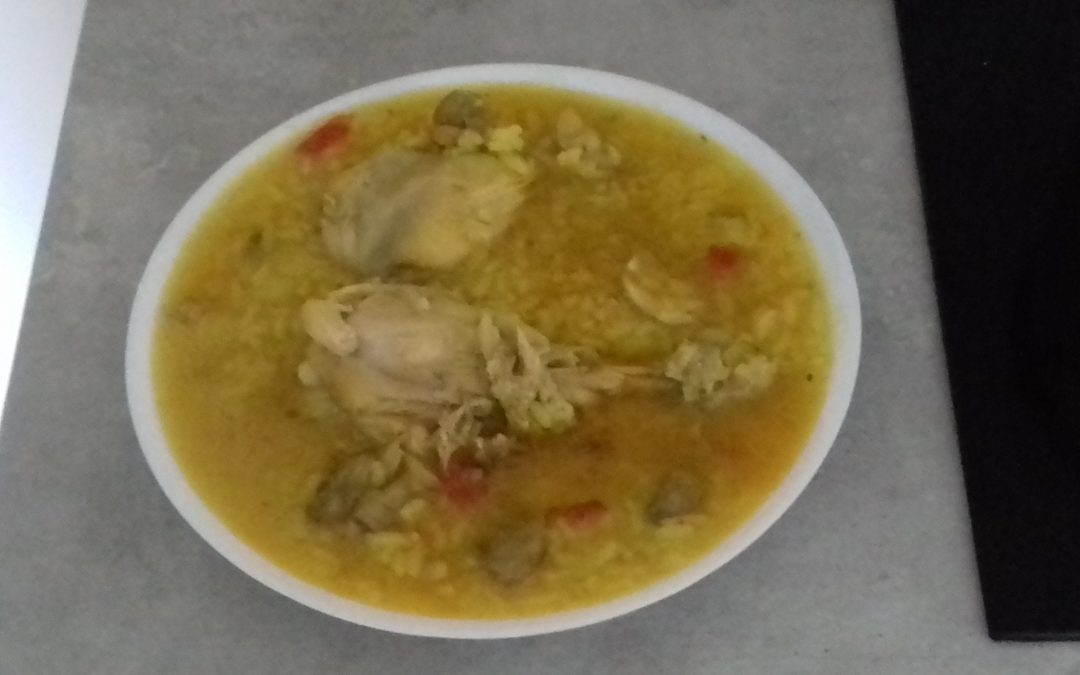 In today’s post we will present a recipe, which main ingredient is once again rice growing on the eastern lands of the Peninsula, appearing in the company of ingredients that can be found in local gardens and farms. We are talking about a dish known in Spain as arroz caldoso con pollo, which appears on many Spanish tables. This dish is characterized by the nutritional and strengthening qualities that we particularly need at lunch time, especially after a grueling day at school or at work. First of all, it is worth emphasizing that it is a simple, but nutritious dish, combining rice, vegetables and chicken. However, despite the uncomplicated recipe, its perfect preparation may require several approaches from us. Finally, it is worth adding that very often these types of dishes remind us of childhood memories or remind recipes that have their version in each family, which taste seems to give skills and skill at the master level.

To prepare arroz caldoso con pollo you will not need many ingredients or a full wallet, because as we have mentioned, it is a homemade stew which, apart from its unique taste, is also characterized by the economics of preparation.

A method of preparing:

At the beginning, in a tall pot, fry the chopped chicken in olive oil, seasoned with salt and paprika. Remove meat from the fire after about 12-15 minutes, when it turns golden. Then, not to lose the taste, fry in the same olive for about 7 minutes, beans, peppers cut into short strips, and cut in half artichokes. Then add the chopped onion and garlic, leave for about two minutes, then add the chicken, water and color, season with salt and cook over medium heat for 15 minutes. After this time, throw the rice rinsed in cold water, add a pinch of color and cook again for about 20 minutes, stirring occasionally. After the set time, try our dish, season to taste and leave to cool down for a few minutes. Then put on the plates in such a way that no sauce, rice, chicken and vegetables are missing. We hope, that your arroz caldoso con pollo will taste like you like.