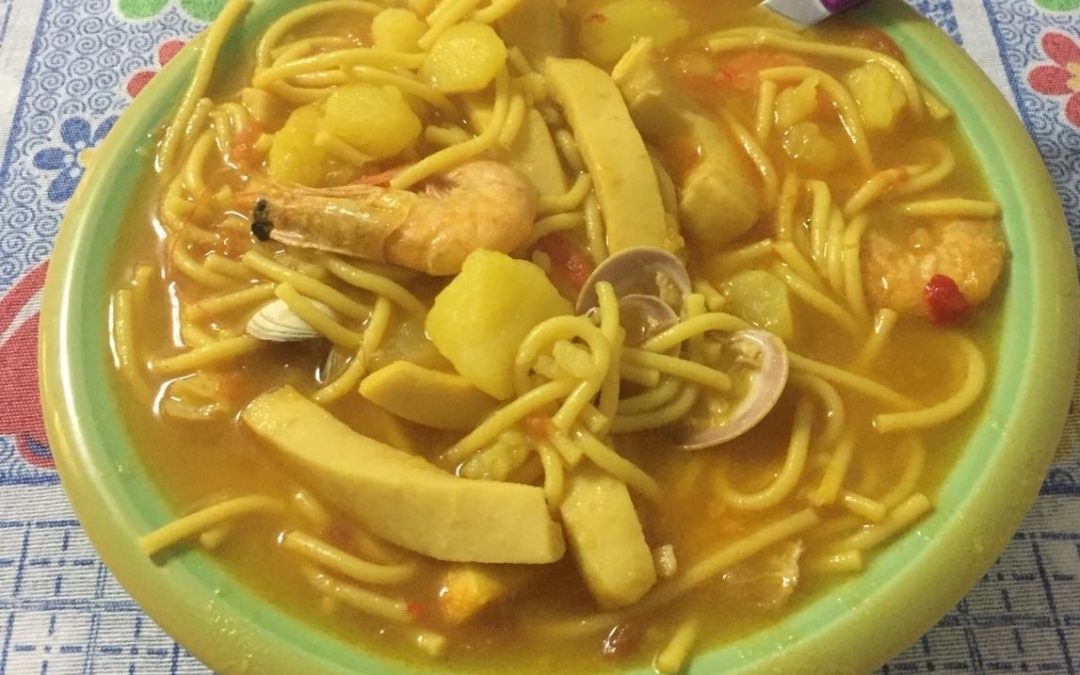 Extremely wild satisfaction gives us the discovery in our articles of the secrets of Spanish cuisine known and liked for years. We are interested in culinary art based on simplicity and on local, easily available products that are delivered both by sea and land – in other words, traditional gastronomy, which recipes pass from generation to generation. On our blog, we focus on Mediterranean cuisine, offering dishes that are affordable both for the sake of economy and the ease of their preparation, which are rich in nutrients.

Cazuela de marisco y pescado – a dish that will be the hero of today’s entry, has the consistency of goulash and, surprisingly, it will be an ideal meal even on the summer heat wave. Many a gourmet of this dish would describe it as warm and refreshing, and although first seems to deny the other, it turns out to be a very apt statement. The essence of cazuela de marisco y pescado is a hot decoction which base, unlike other stews, is not meat and bones. In this case, the whole taste, very fresh and light, is extracted from fish and seafood.

A method of preparing:
Start with preparing the broth. Pour water into the pot, throw in head and bones of fish, shells and heads of shrimps, onions and tomatoes cut into pieces, parsley, salt and dye. Brought the whole to a boil, remembering about throwing the scum out. When the broth is clean from scum, reduce the heat and leave for a minimum of 45 minutes, season with salt and cayenne pepper at yours discretion. After cooking, strain the stock through a sieve.

Preparing cazuela de marisco y pescado in the full sense of the word, start by pouring a spoonful of olive oil into a pan, adding onion and pepper, cut into large pieces, which stew for a few minutes and then fry. Transfer the whole to another dish, blend together with chopped tomatoes and again put into a saucepan, add white wine. Cook until the alcohol evaporates. Then pour the pre-prepared decoction and bring to a boil, adding a pinch of dye and chopped potatoes, which tubers will release the starch during cooking, giving the goulash the appropriate density. After 20 minutes, add peeled and diced fish and pasta. Two minutes before cooking time of the pasta, add washed shellfishes, squids cut into rings and shrimp without heads and shells. After 2 minutes, add salt, turn off the fire and leave covered for about 5 minutes. At the end, enjoy the taste of a delicious, Mediterranean dish.