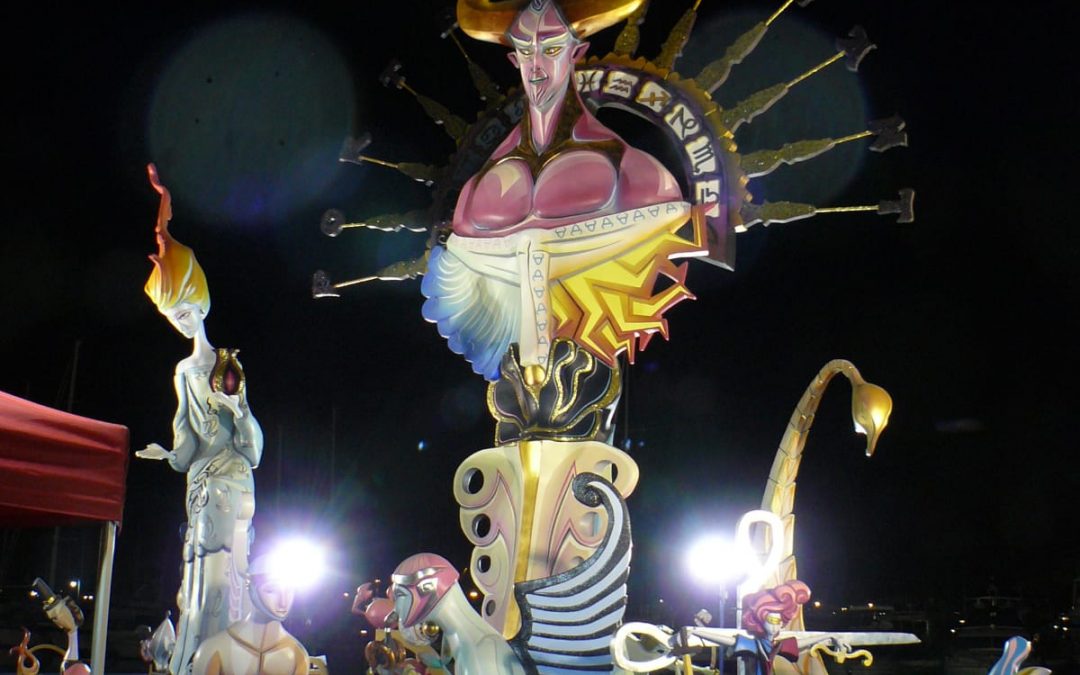 In today’s article we deviate a little from the path we usually follow and introduce a completely new form – an interview. We took advantage of the opportunity and asked a few questions to a person who knew Alicante very well and agreed to share his opinion about the city and province. Our interlocutor is Guillermo Pastrone, an Argentinian from Cordoba (Argentine), who spent 12 years in Alicante, and now, for family and professional reasons, lives in Poznan, Poland.

The first question that arises – what at the beginning surprised you the most in Alicante and its province?

Guillermo: My first surprise, apart from the fact that I have a family in Alicante, related to the Mediterranean Sea. When you see it for the first time, when you look at these beaches … It was definitely something that surprised me the most.

Because you come from a city lying in the interior of the country?

Yes, no doubt, Cordoba is a city without access to the sea. Previously, I was several times in Mar del Plata [city in eastern Argentina, located on the Atlantic Ocean – note. crowd] and twice in the south of Brazil. However, the Mediterranean is different, beautiful. In addition, infrastructure, roads and transport have been a surprise for me, which are more developed in Alicante, in Europe than in America, in Argentina.

Do you recommend a place or thing that can be done in the province of Alicante?

For sure everyone will find something for themselves here. A lot of attractions are waiting here for young and slightly older people, one of them is, for example, “tardeo”. There are many places where you can go out for a drink, eat something or dance. Families with children in turn will have great fun in thematic parks located in the vicinity of Benidorm – Terra Mítica, Terra Natura, Safari Park and Safari Park Aitana. I used to use promotions that appeared during the year. And besides, let’s not forget about the beaches where, as you know, kids can play all day long. For adults, I recommend visiting restaurants with world cuisines – Argentine, Italian, Turkish, etc. Inside the province you will also find delicious local cuisine, more traditional and homemade, offering dishes such as olleta, borreta, etc. Personally, I liked to visit medieval fairs where you can buy hand-made products, meat or regional hams. However, what distinguishes the most is the sellers and decorations, which are kept in the style of the Middle Ages. For example, I love the medieval fair in Cocentain, near Alcoy, which takes place in early November. I recommend to visit also Altea, picturesque, though painted in white, town located in the mountains and located at the same time just 100 meters from the sea. Another, equally beautiful town is also Guadalest.

Many people associate Alicante only with the sun and the beach. What is your opinion?

Well … In Alicante there is a little bit of everything, for example, you can eat in very good places by spending a fortune on it, but you can also find cheaper places where it will be equally tasty. You will find everything you need. The truth is that Alicante has a range of possibilities. Perhaps there is a lack of something more in the subject of culture, theater performances, concerts – but this is because I look through the prism of my hometown of Cordoba, which is the second or third largest city in Argentina and there is never a lack of cultural events there. However, the Teatro Principal de Alicante, always has a very good repertoire.

Tell us something about the quality of life in Alicante.

The quality of life is generally at a very good level, which is mainly influenced by the climate. With 365 days a year, almost 300 guarantees sunny weather. And this is not my statement, these are statistical data, which in the recent years showed less stability. For example, for us, in Argentina, summer is only two months – January and February, we’re talking about the southern hemisphere. In Alicante, summer can go on even until October. Beaches can be used for a very long time, but water may be a little cooler, although I think that only in the Spaniards opinion (laughs), because for the others, its temperature is perfectly ok.

Can you describe to people outside of Alicante the celebration of the Las Hogueras de San Juan?

In principle, the life of the city’s inhabitants revolves around them, because all year round lotteries are organized, meals are sold, that help collect money and thus pay for hoguren. Hoguera is a monument made of wood, cardboard, which on the night of St. John is burned, and only a victorious figure who receives indulto, or pardon, is saved from the fire. All the people of Alicante are firmly rooted in this tradition and they collect money every year to be able to finalize it. It is not the end when smoking the figures. The celebration consists of days when la mascaletá takes place, the choice of Belleas del foc, or the Beauty of Fire, large events related to bullfights, which during the year are practically not held, while during this period called “Semana Grande” there are bullfighting with the participation of the best bullfighters.

Do visitors easily get into the prevailing climate?

Yes. However, we can divide the hogueras into private and public. In the case of the former, each district has its own figure, sets up a tent, and all members pay a specific amount of money, thanks to which you can later eat or order at the bar. To enter such an event from outside, an invitation is needed. In addition to private, public hogueras are also held at this time, for example those organized by the city and the town hall. Admission is not free, it is something like a huge bar or restaurant, where you pay for what you order.

What do you say about the specialties served for the occasion?

First of all, a classic of coca amb tonyin, a typical paloma drink and figs are served, but you usually eat a little bit of everything, including paella, chipirones, etc. I believe that it is not very different from what is given in other places in southern Spain.

Regardless of the fact that I came to Alicante for family and professional reasons, I think that in terms of tourism, the city has a really wide range of possibilities, which in my opinion not many places has it. There are many options for young people and the older – the latter I recommend to visit Alicante especially in June, September and October, if their goal is primarily sunbathing, due to the fact that in these months is not so hot, the city is a bit calmer, and the number of tourists is not very overwhelming.
In addition, I was surprised by one thing I have not experienced before, i.e. the opportunity to eat something 20 meters from the beach. Unlike those who say they prefer wild beaches with no one or nothing, I think that the “paellita” consumed by the sea undoubtedly has “something”. For me, Alicante is a fantastic place both for living and for sightseeing. I lived in Argentina for a long time and moving to Alicante was a change for the better. I think that in general throughout Spain (although I have not seen all that I want to do – I still have a midnight to visit, although I have gone through the Camino de Santiago) you can find places relatively close to each other, that are very different from each other, and each of them is equally beautiful.

We would like to thank Guillermo for sharing his experiences and the pleasant atmosphere in which our interviews took place, wishing at the same time many life successes.