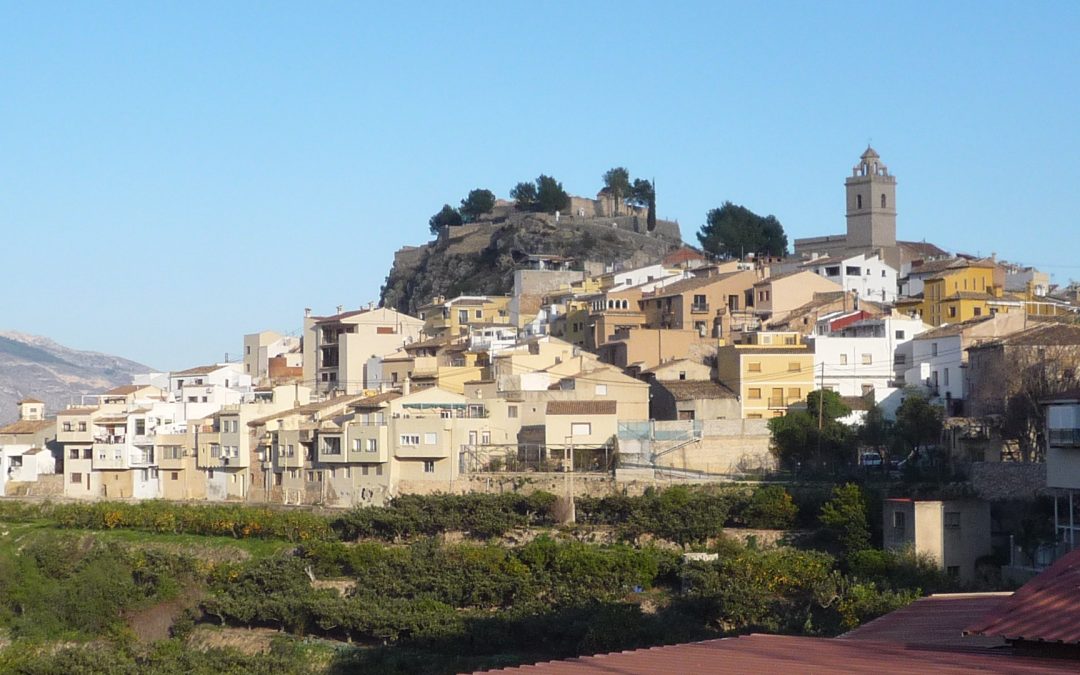 Spring and its pleasant temperatures have already appear in the area of ​​Alicante, encouraging you to spend time in the fresh Mediterranean air. Thinking about those, who do not want to waste these sunny moments in the four walls of hotels or apartments, we have planned a series of entries about tiny, but extremely valuable pearls, that the province of Alicante conceals. Polop is first, a charming town located 55 kilometers from Alicante.

The town surprises even before crossing its border. From the nearby hill, located between Polop and La Nucía, there is a beautiful, panoramic view of the old market, which speeds up the heartbeat of photographers, both professional and amateur, who stop at this place to capture the moment with the lenses of their cameras and smartphones.

The history of Polop goes back to the time, when the eastern lands of the peninsula were inhabited by Iberians, so the ancient times. As it is located on a fairly high hill, it has always been an ideal strategic point for all the cultures living in the town. Before the Reconquista, Polop was under the rule of Jacob I Aragon, and then the authority passed from hand to hand to various barons. In 1520, the town survived the siege of the agermanados, or peasants and craftsmen fighting against the nobility. Morisco (muslims), who inhabited Polop at that time took refuge in the castle walls, but many of them were killed by the insurgents. In turn, in 1609 a decree was passed, ordering Moriscos to leave Spanish lands, which led to significant demographic losses – the population in the country decreased by more than half.

After numerous turmoil and ever-changing authority, the Fajardo family started to rule the Polop, which looked after the city until the middle of the 19th century, which ended with the death of the last Baroness of Polop. Thanks to their reign, Polop adopts the current name and territory, covering the area of ​​Marina Baixa, extending from the rivers Guadalest and Algar to Villajoyosa. Fajardo were feudal lords, and hence, they could enjoy all the rights that were appertained to this title. As a result, all the city residents of arabic descent became vassals of barons. However, this coexistence ran without major disturbances, because both sides needed each other. In other words, the reigning baron gained people to cultivate their lands, giving in return to their subordinates protection against royal demands. It was at that time, when Polop was an extremely important center on the east coast and its castle became a stronghold watching over the safety of its inhabitants.

Currently, Polop enjoys popularity among tourists due to its historical buildings in the Moorish style and views, that can be admired from the high points of the town. One of such places is the Castillo de Polop castle, which rises on a hill, from where there is a beautiful panorama of the valley of the Algar and Guadalest rivers. It is located in the Cementerio Viejo area and can be reached via the Camino del Calvari, which starts at Plaza de la Iglesia. Originally, the castle was a Muslim building and was built at the beginning of the 12th century – at that time, it was an important point in the region due to its strategic location. As a result of many armed conflicts, its original structure was demolished, however, the remains were used to build new walls. Until today, remains of the original walls, wells and a square tower have been preserved, which was the core of the Muslim fortress. When visiting Polop, it is worth going to Plaza de los Chorros, where is a fountain Fuente de los Chorros with 221 taps, from which spring water flows. It was founded in 1885 and at that time had only 11 taps, to which water was supplied from the el Sier and el Terrer springs, from the gorge of the Gulapdar river. The fountain is a kind of symbol of the extremely important role, that water fulfilled and fulfills for the town, due to the fact that in the past irrigation was very rare and depended mainly on rainfall. In the 17th century, after the Mariscos banishment, Beatriz Fajardo, then baroness of Polop, ordered the construction of a drainage channel, which was later named Riego Mayor de Alfaz de Pi, and known as the mother canal among the residents. Thanks to the water supplied from the Salt ravine, it was possible to water over 1,200 hectares in Polop, La Nucía, Benidorm and Alfaz de Pi, which in turn resulted in economic and demographic boom. Just outside Plaza de los Chorros is also one of the most representative buildings in the area, the house of the writer Gabriel Miró, who previously belonged to the composer Oscar Espalá.

Summer holidays spent in Polop, the local atmosphere, observations, thoughts and conversations with local people became the foundation for the writer’s latest novel, entitled “Años y leguas”. Who knows, maybe a visit to this charming town will be an inspiration for you too?